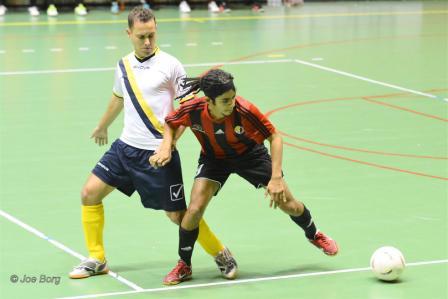 Hamrun Spartans and Zabbar St. Patrick’s finished 7-7 in a balanced encounter, leaving both teams in their middle up position in the table.

The draw clearly showed the balance in the game with both teams who needed the win but didn’t risk losing the game.

Hamrun took the lead by Christian Quadros Silva and continued with a brace of Martin Svihalek, a hat-trick by Christian Cacciatolo and a goal by Steve Gambin. 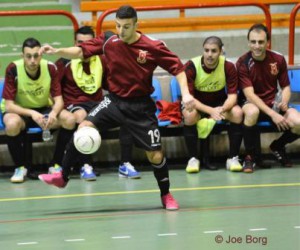 In Monday’s second match, B’Bugia who are leading the lower section of the table, had to face a well organised Vittoriosa.

B’Bugia had a good start and opened the score early in the game by Jovil Abela.

In the second half Vittoriosa definitely took control of the game and managed to score with a brace of Leandros Calleja, a hat-trick by Luke Stivala and a goal each for Kenneth Spiteri and Melvin Xuereb.

B’Bugia were also unlucky to concede an own goal from a shot by Leandros Calleja which was deflected by Javier Abad Juni.