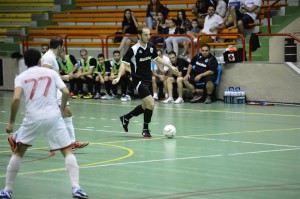 The goals for Hibernians came by a hat trick from David Bobokhidze, brace for Levan Kobaidze and Daniel Brincat while the 5th goal during the match came from Rui Miguel Ribeiro De Almeida.

For Zabbar the two goals came from Filipov Brothers (Nikolay and Rosen).

Pembroke had a very good match thanks to Bryan Degaura, who not only scored a hat trick but helped a lot to keep the team’s rhythm high.

Karl Azzopardi besides scoring the 3rd goal he also moved a lot during the match.

During the second half, the inclusion of Dexter O’Brien was very important, as he was always there with his fast play and scored the 5th goal.

Pembroke’s Kenneth Ekezie sealed the victory with his goal at the end of the match.

The only goal for San Gwann came from Andy Mangion.