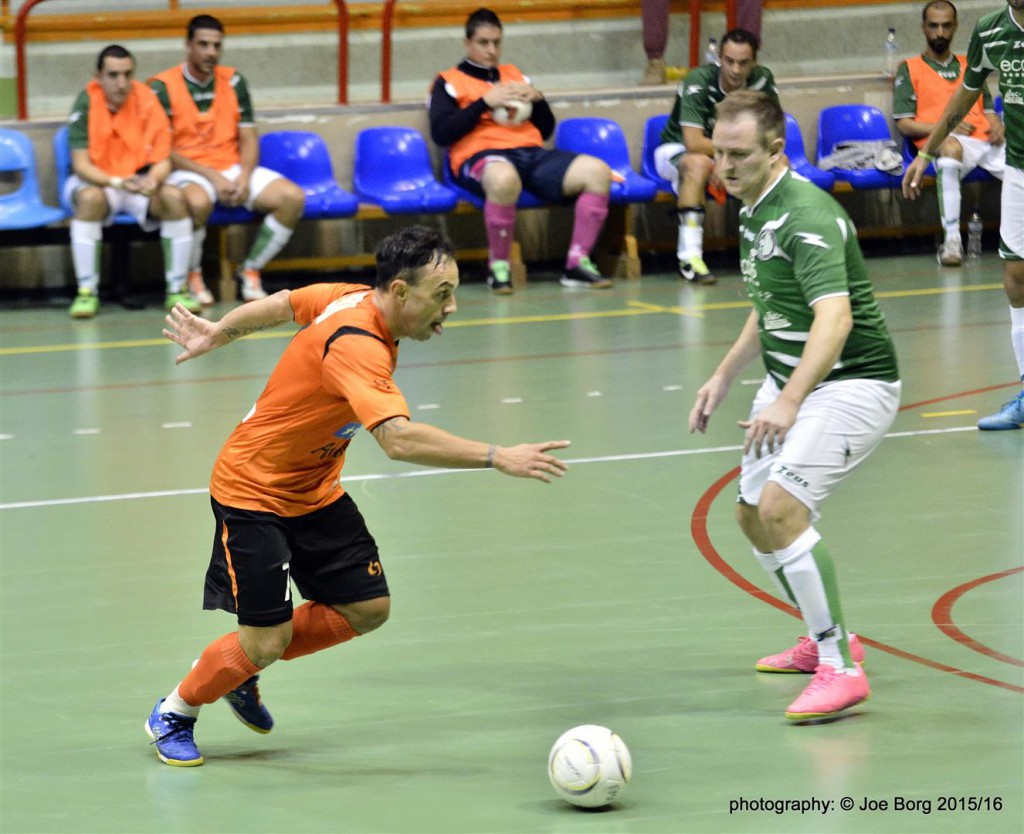 Swieqi United made their 3rd win out of 4 league games played, when they saw off Qrendi’s challenge with a convincing 7-3 scoreline. Swieqi also had Boicho Marev’s debut who returned from an ankle injury and managed to grab a hat trick on the night.

Swieqi’s Boicho Marev and Daniel Sant had a good chance to take an early lead. Qrendi took the lead when Alan Spiteri chipped a ball over Karl Balzan which found the back of the net. Swieqi reacted fiercly and both Marev and Andre Cianco had good chances to level the matters. Qrendi was very close to a two-goal lead only to see their chance saved off the line by Dylan Micallef.

A great build up between Marev and Sant with the latter who levelled the matters on the 13th minute and this led to a flourish of chances to Swieqi which just couldn’t find the back of the net! On the 18th minute Marev grabbed his first of the night with a thunder shot that gave the Qrendi keeper no chance and put Swieqi 2-1. Qrendi’s efforts to find an equaliser in the remaining seconds before the break, put Balzan on high alert. However with just 12 seconds remaining, Qrendi found an equaliser through Spiteri.

The second half was all one way traffic for Swieqi who again missed numerous chances. Marev added his second and third goal of the night in the second and 12th minute. Swieqi sealed their win through Fredrick Johanson and Cristian Hurtado Sanchez’ quick brace. Alan Spiteri also had a hat-trick and scored Qrendi’s third goal with only few seconds remaining.