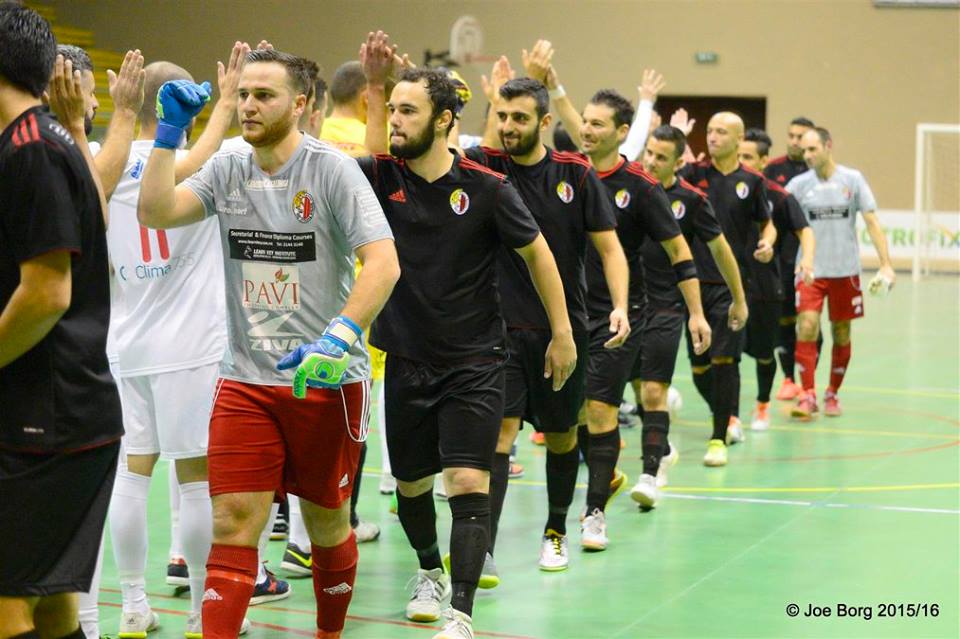 A dramatic goal scored by Daniel Mifsud in the dying seconds of the game earned a point for Hamrun Spartans as the latter shared the spoils in an exciting 4-4 scoreline.
It was a typical match betwwen two play-off contenders boasting of some star players in their squads.
Regarded as the plum fixture of the week, the Valletta-Hamrun match didn’t disappoint the expectations as it drew a good amount of supporters at the Corradino Sports Pavillion.
Hamrun broke the deadlock through Robert Magro and managed to double the score thanks to an Andy Mangion solo run.
Valletta reduced the arrears as Dylan Musu lobbed past Hamrun keeper Clint Mifsud.
This goal galvanized the Lilywhites as in no time they managed to level the matters through Denis di Maio after receiving from Melvin Borg.
Seconds before half-time, Xavier Saliba put the Citizens in the driving seat after a kick from the second penalty spot.
As both sides had a player sent off, Valletta extended their lead when Xavier Saliba passed perfectly to Dylan Musu to slot home and make it 4-2.
Hamrun refused to throw in the sponge as Rodrigo acted as a flying keeper to intensive his team’s pressure on the Valletta rearguard.
As usually happens in futsal, this move paid dividends as goals from Raphinha and Daniel Mifsud in the dramatic moments of the match helped Hamrun level the final score to 4-4.
This result left both teams in the second spot of the table on equal points after 6 matches. 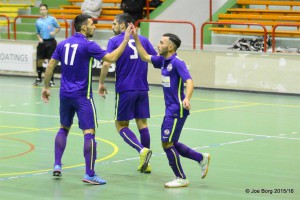 Luxol took advantage of this result as they surged alone at the top of the standings afterseeing off Mdina Knights 13-0.
Mdina tried hard to stay in the match but on the day Luxol proved stronger.
Mark Zammit and Carl Azzopardi notched a hat-trick, Clint Cope helped himself with a brace while returning player Celino Alves, Peter Pullicino, Matthew Attard, Zvezdan Vukovic and Florin Anton completed the rout for the St Andrew’s outfit.