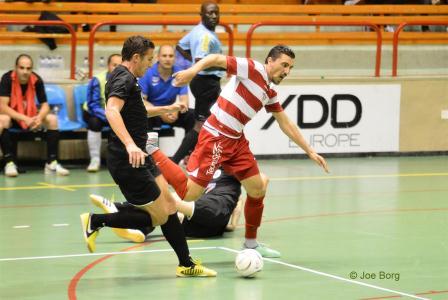 Yesterday we had two exciting play off’s semi finals, which left everything undecided for the second leg.

San Gwann had the better side against a disastrous Hibernians, winning 4-3.

Denis Di Maio’s brace disoriented the Paolites who made it worst by two autogoals done by Jesmond Micallef and Xavier Saliba.

Hibernians reduced the difference with David Bobokhidze’s brace and an own goal done by Andy Mangion.

As Captain Xavier Saliba said after the the match, Hibernians next Friday have to pull up their socks and do a comeback starting with a goal down.

Balzan will be going for the second leg, only with a goal advantage after their encounter with Luxol.

Balzan opened the score through Dean Gera’s own goal.

Luxol levelled the matters with a fantastic free kick realised by William Barbosa.