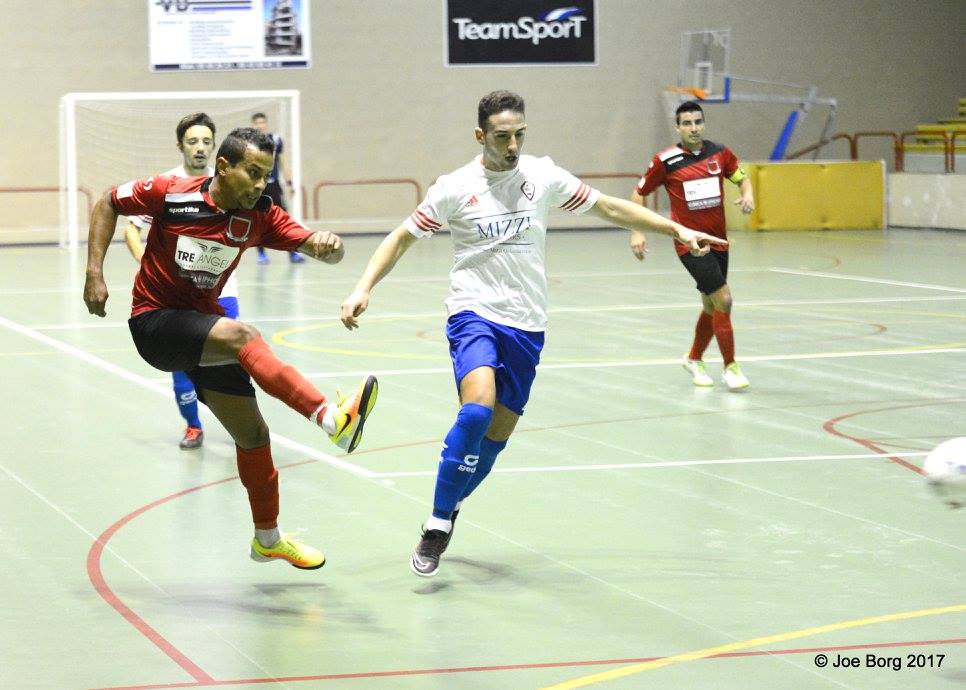 Hamrun Tre Angeli and the University of Malta shared the spoils with seven goals scored on each side. In the first half, the Universitarians gained a 6-3 advantage with Hamrun balancing the end result to 7-7.
The Universitarians found the net through Rodney Debono, Mamadou Diaby twice, Leo Muscat, Shawn Deguara, Gary Inguanez and Jose Maria Aguillera Castellano. On the other hand Aleksander Tomin, a poker from Everton Da Silva Santos, Clive Calleja and Luke Stivala from a penalty, scored for Hamrun.
During this week Luxol and Marsaskala moved back to the winning ways. Luxol dominated Qormi scoring eleven goals without any reply, while Marsaskala won against bottom end Swieqi United U21 for 5-1. Mriehel ESS had an easy win of 10-1 against Junior College. Valletta continued to impress with the seventh consecutive win, this time 10-0 against Tarxien JMI. Swieqi United managed to bag three important points as they reached Pietà Nordiska and beat them 5-1.