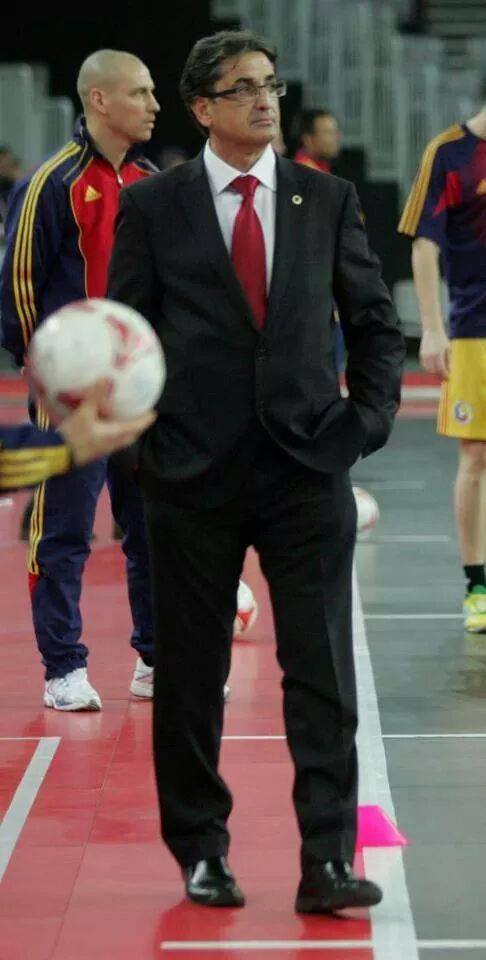 International Futsal coach Sito Rivera recently paid a visit to Malta to assist Premier Division champions Balzan FC in their preparations for their participation in the UEFA Futsal Cup. Mr Rivera, who was recently appointed as Hungarian Futsal national team coach, following his departure from the same role in Romania, is an experienced mentor, who has coached clubs in his native Spain as well as Italy and Japan.

This website took some comments from this experienced coach who accepted willingly to answer all our questions:

First of all tell us something about you.

I am 58 years old and I graduated at Barcelona Law School. I have worked as a Law Employee of Justice and I possess a High Grade Sporting Futsal Coach licence. I have been involved in Futsal since 1979 . Futsal is my passion and I have participated in conferences and clinics in various countries. I have coached various clubs in my career and my goal is always to help this sport to develop and improve in the future.

When was your first experience in Futsal?

I began to play futsal at the age of 22 with the local club Unio Esportiva Mataro’ in 1979. We succeeded to win consecutive promotions from the third division to the maximum national category. From there on, I have never looked back and continued to develop my knowledge about the game. On the other hand I have been coaching this game for over 30 years from grassroots level to senior teams.

Your opinion about the level of futsal in Europe.

I can say that UEFA has been increasing its priorities in this sport and wants to develop this game furthermore. They  are investing more in the future and are creating more coaching courses. I think that this is the key to improve the current European leagues.

How did you come to Malta?

It was Balzan FC who approached me to come and help them in their preparations for the coming UEFA Futsal Cup. In fact four of the players who form part of their squad have already worked with me when I used to coach the Romanian national team. I have a good contact with their coach Gabriel Dobre and I accepted the offer to give them a helping hand.

How was your experience in our island?

I was given a really warm welcome and I would really like to thank  Balzan FC  for their hospitality and care during my stay in Malta.  Well your island is fantastic!  I really liked the environment and climate of the island. I had the chance to experience also the level of futsal in Malta.

The level of Balzan and all the players you have encountered.

I think that Balzan can perform quite well in Europe. It’s clear that they have to train harder to compete against the likes of Luparense, Barcelona or Dina for example. But their level is good and they are well trained by their coach.

Rather than an objective I wish to continue working harder to transmit my passion to futsal players and improve the quality of this game in Europe.

Moreover I wish that Futsal would be an Olympic sport and this would give this game a greater identity.