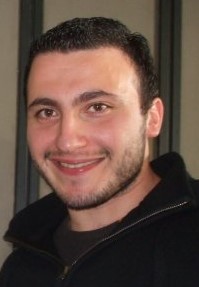 ROBERT BUSUTTIL
Name: Russell Camilleri.
Plays with Zurrieq Wolves
Born on April 12th 1985
Works in an IT department.
Motto in life: Limits hold you back / Everything in life worth doing is worth overdoing.

How long have you been playing futsal?
This is my 6th year in the futsal game. However I stopped playing futsal in the last 3 years after the restructuring of the league. So this is a sort of coming back from retirement.

What do you think about this game?
I love futsal because it requires great teamwork and discipline. Also, it’s a fast paced game which requires techniques. Actually, all players are highly involved in the game.

Talk about your season so far with Zurrieq Wolves.
Zurrieq Wolves returned to futsal after 4 years. We have a mix of experienced and new players who still need to get acquainted to the game. We have to improve game after game, but I believe we are on the right track.
Right now I am sidelined because I am recovering from an injury during a game. I hope to return to the game in March hopefully. I think considering the strength of our opponents I have had a good run so far. I always give my best for the team and myself
You didn’t get any point so far in the league..
The fact that we still have 0 points so far is a bit of a disappointment for sure. There were at least 3 games where we could have come out with points. In futsal a couple of minutes under distraction can cause the score line to be unreachable. It is a psychological thing which we need to improve. Also the fact that we play against highly competitive teams can be a bit of a demotivation from the initial whistle. However the morale is good and we play game by game. A victory for us would be a great achievement and I believe will get this satisfaction. Zurrieq Wolves has played consistently in futsal and the players do feel a sense of belonging due to the tradition of the club
Give your opinion about the current futsal league.
The current league has 4 top teams (Valletta, Hamrun, Luxol and Swieqi) which I believe will make a great challenge for the championship. Then there are some evenly balanced teams like Safi, UOM and Mriehel ESS which have some good foundation to improve in the game. Then there are the lower teams like ours which always start as underdogs. So it’s a 3 tier league, however any result can come out in every game.
What about your personal objectives?
My objective is to help my team in winning some games and scoring as much as possible. Also, I always try to learn some new tactics which can prove crucial in futsal.