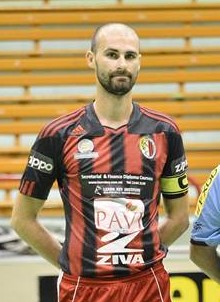 Why did you choose futsal as your sport?
After going through the ranks of the Hamrun Spartans Youth Nursery, I didn’t manage to make it to the senior team as I had to continue my university studies. After graduating I played for a season in the 3rd division with Santa Lucija (at that time they teamed up with NET STARS) which I had the privilege to be coached by international experienced coaches Mr. John Buttigieg and Mr. Carmel Busuttil. Subsequently, I made a season with Luxol in the second division. After these 2 years, a group of friends, all from Hamrun, decided to form the Hamrun Futsal team. It seemed a challenging experience which I took with great dedication. The more we played the more I felt attracted to the game. The adrenaline involved during the game intrigues me a lot. I enjoy competition!

Have you always played for Hamrun? How does it feel to don the Spartans shirt?
This is my tenth season with Hamrun. I only moved for one season to Sliema. It gives you an extra push to succeed, playing for the locality you are from. Like I explained, we are the sole team to have started from the bottom and made it to the top without ever changing our name or the basis of foundation. 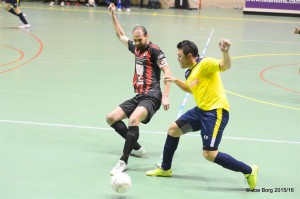 It seems that the Fenech family have a sporting tradition particularly in football.
Yes, as a family we have always been involved in football. I follow with much support, my brother Ryan. Just like many other families who have made name, we are happy that sports gave us a lot of satisfaction.

Let’s talk about this season. Hamrun are passing from a great moment. What are your chances this season?
For the past three seasons we have added a lot of quality to our team. This gave us extra motivation to succeed and now we are considered as one of the top teams in Maltese futsal. We are working hard to achieve our objective to win the league. Several people behind the scenes do lots of sacrifices and we players are highly motivated to deliver! 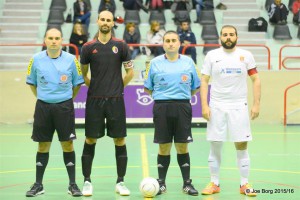 Do you have a particular idol in football or futsal that you inspire yourself from?
Alessandro Del Piero is fantastic, you look at the way he handles his image, and it’s inspirational. In Futsal, I admire several talented players. Mr. Stefan Sultana is a legend.

What are your main objectives?
I see myself as a highly motivated man whom constantly looks to improve, broaden my knowledge and set reachable goals which lead to success in every aspect of my life. Such applies to my work, relationship and Futsal! 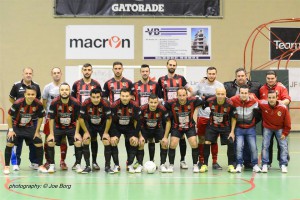