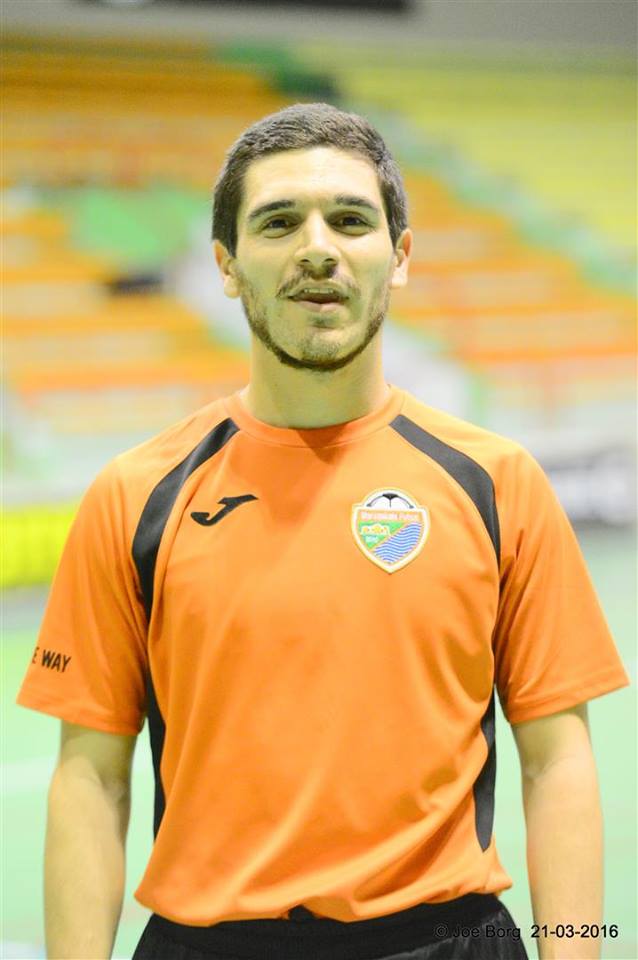 Name: Reuben Degabriele
Date of birth: 28th January 1992
Place of birth: Pieta
Favourite artist: No one in particular, but anyone who can create a good tune.
Favourite dish: I always like to try out something new but most of the time any pasta dish al salmone wins.
Motto in life: Teamwork makes the dream work.

Why did you choose to play futsal?

For the love of the game and to revive and refresh my footballing career. It is a known fact that futsal provides very strong foundations, both on and off the pitch, be it for futsal itself or any other variation. Unfortunately, I got to experience it only by chance and only last year after a couple of fortnightly 7-a-side match appointments. My performance during a particular match caught my eventual coach’s eye – Josef Balzan – who afterwards gave me feedback and invited me to a couple of Marsaskala Futsal’s training sessions for a try-out with the team whilst determining whether I was interested or not. I say that it went rather well.

Your opinion about this game.

Without any doubt, futsal is most probably the fastest paced variation of the footballing game. It is true that tempo can be set lower or higher by any of the teams, but most of the time it is dictated by the game itself such as the short distance pitch and the four second rule. It is intense both physically and mentally, requiring the players on and off the pitch to be constantly focused and concentrated on their teammates’ movements as much as their opponents’, with quick bursts of speed and footwork when closing down goal-scoring opportunities or counter-attacking whilst risking as much as being cautious; slacking for just a moment will get you conceding in no time. 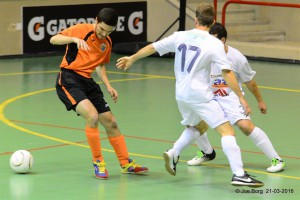 Marsaskala Futsal are emerging as a team full of determination and unity. What do you think?

Indeed. We consider ourselves to be a family sharing the same philosophies, and that is what actually fuels our determination to get on the pitch and give our very best for each and every member of Marsaskala Futsal: committee members, players, supporters and any others who might fancy us and our story. The club re-entered competition this season with a balanced mixture of experienced and young players, all willing to learn something new in order to improve our game. At the beginning of the season we might have been singled out as the sole contenders for last place because we were “the newcomers”. The table speaks for itself, even though deceiving when compared to our performances.

Describe yourself in three words.

Your personal objectives for the future?

To specifically train to improve my performances as much as I can, and constantly give my utmost to the club who believed in me and my potential in the first place; all of this whilst always keeping in mind that I love playing this beautiful game.