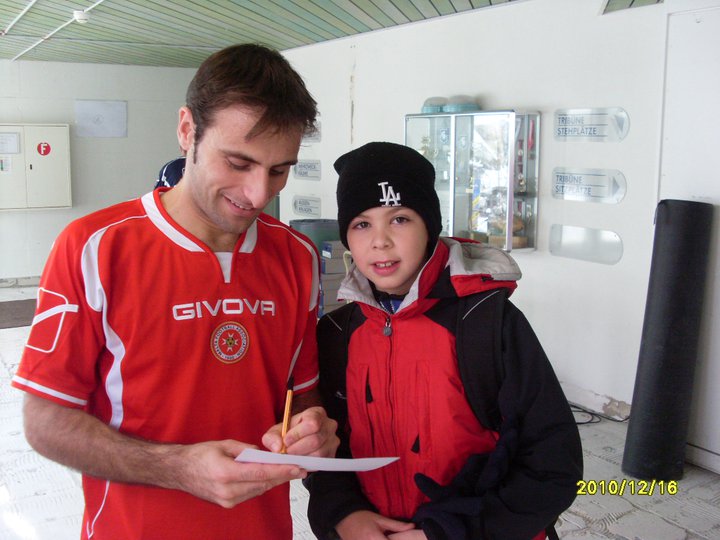 Works as Quality Leader at a local company.

He believes that if you want to achieve something in life you need to make a lot of sacrifices and continue believing. If you don’t succeed you can still say that you did your best.

How did you begin your futsal career?

I began playing futsal by chance. There was a team who had a friendly at the Corradino Sports Complex and a friend told me to join in. I had never played futsal before. That match turned to be a blessing in disguise as I enjoyed myself and wanted to play another time. I remember that my friend told me if I was interested to join in this team and I gladly accepted.

I began playing official futsal at the age of 26. I spent half a season with this team and we were placed in the relegation zone. But after some efforts from all the team mates we succeeded to avoid relegation. I was overwhelmed by this achievement.

After that season, one of my friends called me and proposed me to play with Kerygma.

It was a year full of success personally as we were promoted to the First Division. At the same time I was called by the National Coach to form part of the National Team.

This turned to be another good opportunity. I had also spells with various futsal teams such as Southenders, Paola Downtown, Mosta Eagles and Pentagon. During these years I had lots of satisfaction as well as disappointments. In certains cases some of the mentioned teams were dismantled and this really put me a bit down.

After the new rules set by the FMA last year, I had the opportunity to play with Floriana. We were a good team but there wasn’t a good organisation so after just one season the team broke down.

Now I am with Luxol and I can say that it is an extremely organized team with lots of interesting elements.

As I said, during the last five years I had the opportunity to play with Malta and participated in two Euro Cup and two World Cups Qualifiers as well as playing against strong national teams. I would like to take the opportunity to thanks coaches Striz and Hermans that taught me a lot and obviously I can’t leave out our actual leader Florin Anton.

The best moment in Futsal so far.

There are a lot of nice memories but I remember in particular my international debut with Malta against Cyprus. I was really excited before the match. It turned out to be a positive debut for me.

A Goal that you’ll never forget.

Actually I remember mostly two goals that I really cannot forget.  Both goals were scored with the national team. The first goal was scored away against Switzerland while the other one was the draw against a Serie B team.

This year Luxol seems to be the team that will contest the two futsal heavyweights Balzan and Hibs….

Well, the team is still new but I think that the more we play, the more we’re improving. We have a mix of Maltese and foreign players; there is a lot of competition in the team as well as a lot of experience. Florin Anton, our player-coach has instilled a lot of confidence in us therefore we believe more in ourselves. The President and committee work continuously to improve the team’s image.  Despite all this we have to keep our feet on the ground and work more because the season is long and everything can happen.

What are your main objectives with Luxol?

My main objective is to challenge for the League Championship.

You’re one of the coaches of the Malta Futsal School. What is the level of the kids in this sport?

First of all I would like to thank two persons that gave me the opportunity to begin coaching young kids in futsal: John Pisani and Jean Bert. They inspired me a lot in this mission and I’m enjoying teaching small kids this wonderful game. My satisfaction comes when I see them advance to a better level. I try to teach them to pass the ball continuously and to be present during the action at any time

My advice to these kids is to continue playing futsal and their level will certainly continue to improve.

The future of Paul Bugeja.

Well, I have just come from a cartilage operation, I’m slowly recovering from it and I’m really enjoying playing again with my club. Regarding my future, I believe that until my legs keep going I would like to continue playing futsal. Then after some time I think I’ll concentrate in the coaching career. Hopefully I would like to coach a local futsal club. 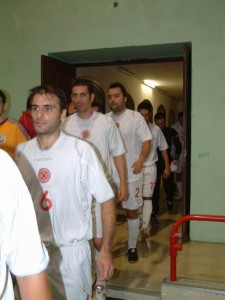 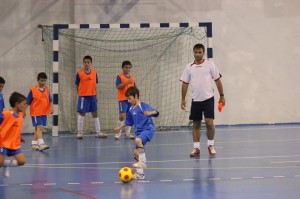