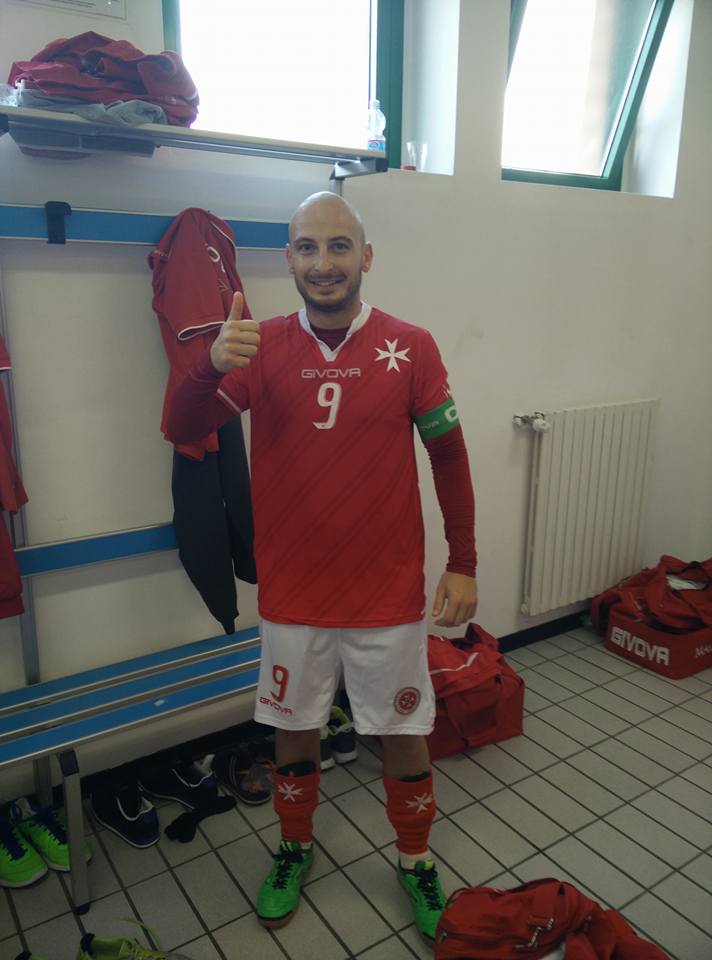 Works as a Systems Integration Specialist at RS2 Software P.L.C.

Back in 2012 I used to play for Demons F.C. in one of the Futsal 4th Division sections, finishing top of our section. Games were still played in outdoor 5-a-side pitches, so I had no experience yet of what futsal had to offer. This though all changed at the end of the season, when I was approached by a friend who proposed me to join Werqa Futsal in the second division. Accepting immediately this challenge, my futsal career kicked off.

Talk about the teams you have played with so far.

I spent a good 2 years with Werqa Futsal (aka Qormi FC), forming a good relationship with many players and staff, and also achieving promotion to Premier Division after finishing top of the 2nd Division alongside San Ġwann. After having an exceptional personal and team performance throughout the season, I was privileged to be approached by national team coach Kevin Mifsud for a trial with the national team. Season 2012/13 I kicked off my experience in Futsal Premier League with San Gwann, enjoying a good run of results taking into consideration that it was the clubs first year in Premier. I was called up once again to form part of the National Futsal team to participate in a couple of friendly matches in Gibraltar. After managing to come back home with an away win, my futsal career took another leap forward when I was approached by current champions Hibernians to join their team for the rest of the season. On doing so I managed to compete in the Futsal Premier League Playoffs for the first time ever, losing the final to Balzan. With Hibernians not competing in the league the following year, current champions Balzan Futsal approached me, and accepting their offer, I managed to elevate my futsal career to another level, by competing for the first time in the UEFA Futsal Cup in Zagreb. That same year, apart from competing at national level in the Futsal UEFA Qualifiers, we managed to win the domestic Super Cup and Knock-out Finals. 2015/16 season kicked-off with Balzan and current league champions Luxol St. Andrews merging as one, with players from both teams being called up to form part of the new Luxol St. Andrews squad. After a tough pre-season camp, I experienced my second UEFA Futsal Cup tournament in Andorra, achieving a very positive 4 points. During 2014/15 season I also had the honour of forming part of Lija Athletic team as an assistant coach, achieving the promotion to Premier Division as champions.

Futsal is a fast thinking sport, the game is quite enjoyable to play and watch. With the ball moving constantly from side to side you have to be mentally and physically prepared to compete at high levels. Team spirit, mental strength, physical strength, and concentration are all key factors when it comes to playing futsal. What I dislike about futsal? Regarding the game per se not that much! But I believe that Maltese Futsal deserves more respect and exposure, good quality courts for training and league matches, and also adequate security measures during competitive matches. In addition it requires adequate medical measures during competitive matches and the involvement of more dedicated people that love the sport .. through these measures only we may enhance our club and national level performances!

The best moment you have experienced so far

Any personal achievement at club or national level is a good experience … playing against top international players from around the world (Capuozzo, Ricardo Caputo, Rescia, Gréllo, Cuzzolino, Rogerio Da Silva to mention a few) and experiencing the futsal game at top level is not an everyday occurrence .. but if I had to mention one it must be the back to back wins achieved in San Marino. They were the first matches for me as captain of the national team, and together, we wrote history by gaining two wins in a row .. certainly one to treasure!

Definitely trying to win any domestic title at disposal with Luxol St. Andrews, and having a good team performance in Lithuania for the FIFA Futsal European Qualifiers.

Continue working hard under the guidance of our current coach in order to keep on enhancing my knowledge about the futsal game. “There is simply no substitute for hard work when it comes to achieving success.”