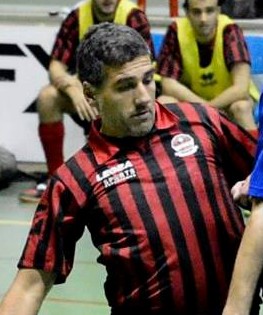 Work as an Electrical Engineer.

I have been involved in futsal for…6 years. After 12 Years playing in semi-professional football at MFA Premier and 1st Division teams, at the age of 36 I won the league in Gozo with Sannat and decided it was a lovely end to my 11 a side career. That round leather ball is in my veins. So I decided to start playing futsal. I have played with Swing kids, Paola Down Town, Valletta, Kalkara, and now officially player/coach of Attard Futsal.

Futsal is… burst of energy and moments of sports genius.

Being coach of a club… involves a  lot of hard work that leads to rare instances of fulfillment. You become like the head of a family. Like a father to kids, lets do this, don’t do that, leave that ball alone…If you keep the family united and manage to get everyone aiming at the same goal its fantastic. You get carried away by the boys’ energy. 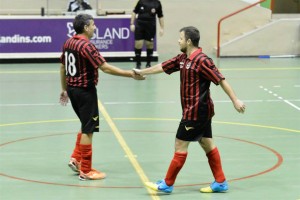 Attard Futsal Club is… a fantastic group of friends, amateur Players that take futsal in a very professional way.

This year I am… TOTALLY satisfied with our team’s performance because…. last august my captain Matthew Buttigieg, the committee and I set a target to reach the playoffs. We are new comers, a  new team thrown into First Division Futsal. MISSION ACCOMPLISHED. We managed to finish  joint 3rd place. We Scored 99 Goals in 22 games. In December we gave new life to at least 4 futsal players who were not being used at their respective previous clubs. We managed to beat every team in the league that did not have 3 foreign stars. We used a minimum of 10 players during every league game. Every player in my squad has scored at least a goal. All our players have a lovely memory to remind them of the great season we had and most importantly we managed to achieve the respect of every team in the league.

My main objective is… to achieve futsal success using as many players as possible during game time. 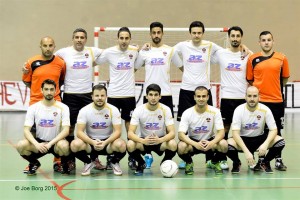