Work as a storekeeper and a delivery person

Personal Motto: “You only live once”

I have been involved in futsal for… 9 years. I played 3 years with River Plate and 2 years with Kerygma. At the  present moment Andrew Scerri and  I are playing and at the same time managing Luqa St Andrew’s.

Futsal is… not just a game but also a form of art expressed by a single player or a team.

Being… a President, a Secretary, and a goalkeeper requires passion, determination and love for the game. The satisfaction lies on respect, sacrifice and loyalty of the players and the staff.

Luqa Futsal Club is… a group of friends who are determined to learn and improve futsal skills to a better level. 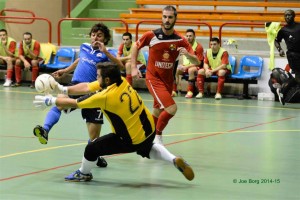 This year I am… extremely satisfied with my team’s  performance  especially with the new players introduced for the first time to futsal.  Thanks to their determination and willingness to improve their futsal skills, we managed to make a great first round and a fair second round. We are  hoping to build on what we have achieved this year.

My greatest moment in futsal was… a few years ago when I played for River Plate and we were promoted to Second division and  eventually we won the second division league.

I would like to …win the league with my team Luqa St Andrew’s Futsal. 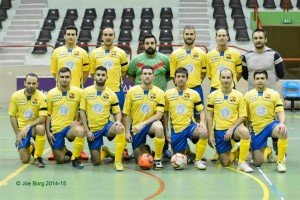