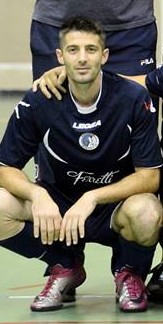 Works as a Graphic Designer

Actually I began to play futsal when matches were still  played in outdoor  five-a-side pitches. Two great friends of mine, Nathan Jones and Kenneth Mizzi wanted to form a new team. They named it River Plate (nowadays known as Balzan).  I formed part of this team and this was my first experience in futsal.

After this experience I moved to Sliema but I had to stop as I was playing 11-a-side football.

I admit that  I didn’t consider futsal as an ideal sport for me.

After some time futsal was increasing in its popularity and the level was improving as well. Therefore I was persuaded by Sandro Micallef and Ramon Bromidge to participate in this sport again.

They wanted me to play for their team, Melita, who were in the Premier Division at that time. After my first match I changed my opinion about this sport. Futsal began to fascinate me.

Talk about the teams you have played  so far. 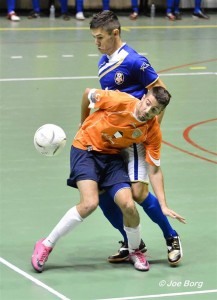 Mention your most memorable moment in this sport.


Although we are not achieving good results presently, every match that I play with my team mates,I admire their efforts to try and succeed. For me that’s enough to feel the satisfaction of being part of a group that wants to do well.

One particular moment that I remember is my first goal in futsal when I used to play with Melita. The goal resulted to be decisive as we had won that match.

Certainly futsal has a lot of advantages! You acquire lots of skills from this sport that will help you even further in 11-a-side football. In futsal you need to have techniques like short burst, quick thinking and stamina.

I don’t find any disadvantages in this game.

What are your personal objectives for the future?

I wish to improve more in this sport and have further successes together with my team mates. 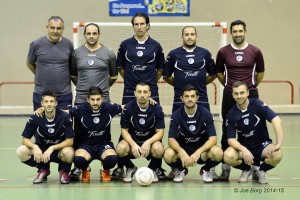