Born on 11th October 1978 (35 years old), JeanBert is one of the veterans of Maltese Futsal. He is probably the longest serving player still in activity and also the co-founder of the Malta Futsal School which together with Mr. Jonathan Pisani, was founded in September 2010.

JeanBert works as a Human Resources Manager with a local group of companies.

It all started around 13 years ago. I had just finished rehabilitation from an injury sustained whilst playing football with Mosta FC and had a part time job in a bar called Scandals situated in Bugibba. The owner of the bar asked me to join their team in a 5-a-side friendly they had organised. Following this friendly I was asked to join their team permanently from the following season.  I spent 7 seasons with Scandals with whom I won the national championship in season 2007/08. After playing the Uefa Futsal Cup in Finland with Scandals Futsal Club, I moved to Aluserv Cinco Futsal and consequently I moved to Luxol Amazon and St.Andrews FC where I played for 4 seasons. This year I am happy to have joined a young and prominent team such as San Gwann Futsal Club. I am happy to have joined this team and look forward to end my Futsal career with this team.

During my Futsal career I played in all roles however my favourite position is in the role of left sided lateral. I consider myself as a dynamic and versatile player. I like to help the team through my vast experience in the game. 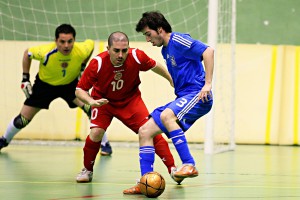 I had a lot of good times in Futsal and lots of memorable experiences which I will never forget. Probably the best moment is winning the league with Scandals in 2008 however my debut with National Team that same season (Uefa Futsal Euro Cup 2007/08) will remain one of the most exciting moments. I remember our National Team was to make its 1st ever competitive appearance in the Uefa Futsal Euro Cup against Cyprus and our coach back then, Mr. Michael Striz, selected me in the starting formation. During the morning training session on the day of the game, I felt sharp pain in my back and stomach, I was rushed to hospital and I was told I was suffering from kidney stones! I was given morphine for the pain and I told the doctors I wanted to play that same day against Cyprus. When I got back to the hotel, the coach came to my room to ask me how I was. I was better and wanted to play. I did make my debut together with all my team mates on that day and it was an amazing experience. The following day we played against Georgia and I scored in a 5-2 loss. Many happy moments with our national team followed; I played for my country for five years and together with our then coach, Mr. Vic Hermans, decided to quit national team in June 2011, following a tournament played in Libya in November 2010.

Teams JeanBert played for during career

Teams played against with National Team

Objectives with San Gwann F.C. for this season

Our objective at San Gwann is to make it with the top 8 and hopefully in the final 4. As a player, I believe we have the potential to do so. After a shaky start to our league, the team picked up consistent results and we are on the right track to reach our objectives.

The future of JeanBert Gatt

Well, at the age of 35 one must think of when to stop playing however I am determined to keep playing as much as my body allows me to. I still believe I can be valuable to my team and as long as I enjoy playing I will keep competing. I can always look back and treasure the many nice moments I had in Futsal and I know that although the best time is over, I can look forward to many more with my new team and why not hoping to win another league in the near future. 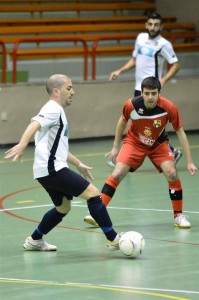 On another note and together with my partner at the school, Mr. Jonathan Pisani, I look forward to expand the interest in the Malta Futsal School. The school which started operating in September 2010, is open for all children between the age of 5 and 15 years. The objective of our school is to teach this beautiful game, which is very close to our heart, and to teach the basic skills one needs to become a better football player, whether a player intends to continue playing football or futsal.
One can send an e-mail on info@maltafutsalschool.com or visit our website www.maltafutsalschool.com for more information about the school.