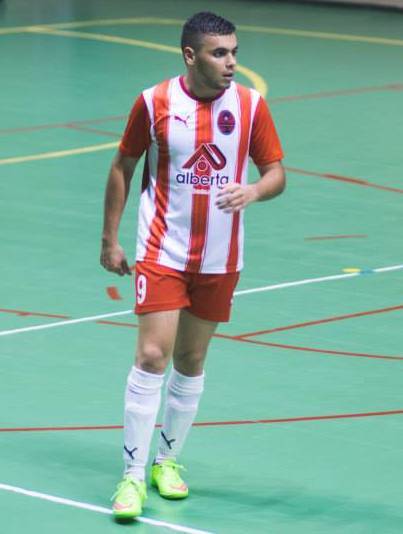 Studies BSc.Podiatry at the University of Malta

At around April, the University Council issued a call for applications for the Futsal Team to represent the University in the national futsal league. I have friends who play futsal and their experience regarding futsal was always a positive one, and when this opportunity arouse, I decided to join the trials where then the current squad was chosen, and today we play for Mdina Knights, or as we call it, UoM Knights (University of Malta Knights)

I have been playing football since the age of 6 years, where I started with Paola Hibernians. During my teen years I joined Gudja United FC, the team I still play for till the current day.

The most thing that I love about futsal is that you get to touch the ball continously. About futsal I really like the fact that the clock is stopped whenever the ball is not in play, contrasting to football where sometimes there is a lot of time wasted. Tactics and the way you move without the ball are also different. Controlling, touching and shooting the ball also varies. Then obviously there are certain rules that are completely different.

A previously said, I started my football career with Paola Hibernians, then joined Gudja United FC.

As for futsal, I have only played for Mdina. I enjoyed every minute playing with every team I played for, as I always found coaches and team mates that are worth playing with.

The most important thing in a team is teamwork, and seeking team glory rather than personal glory. These attributes are what makes a team a winning one.

The most memorable moment in your career

I think I have two moments. One of them occured when I was 8 years old when with Hibernians Nursery we went for an international tournament in Sardegna and manged to win the tournament whilst reminaing unbeaten. Another memorable moment occured last year were I played my first full match in the First Division with Gudja United, where we managed to beat leaders Zebbug Rangers 3-0, and I can say that it was a very good debut and the coaches, comitee and supporters’ praises really gave me satisfaction

My objective is to play well in each game, helping Mdina reach their objectives, and to continue to deiscover this new world of futsal, since I never imagined I would enjoy this sport as much as this!

How are you feeling with Mdina Futsal? 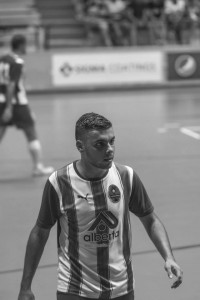 I am really enjoying my futsal experience with this team. We bonded with each other very well, and are enjoying every second on the pitch.

I would like to thank all the caoches that have coached throughout my football life, especially Coach Leslie Noel Burke, and current football coach Alan Mifsud for believing in me and introdced me in the Seniors Team. I would also like to thank all the stakeholders that joined forces to start the University Futsal Team, in collaboration with Mdina Knights, a project that involved a lot of work. A big thank you to the current hardworking comitee and coach Kyle Sultana for believing in the current squad, and continously working hard to see this team improving and successing.