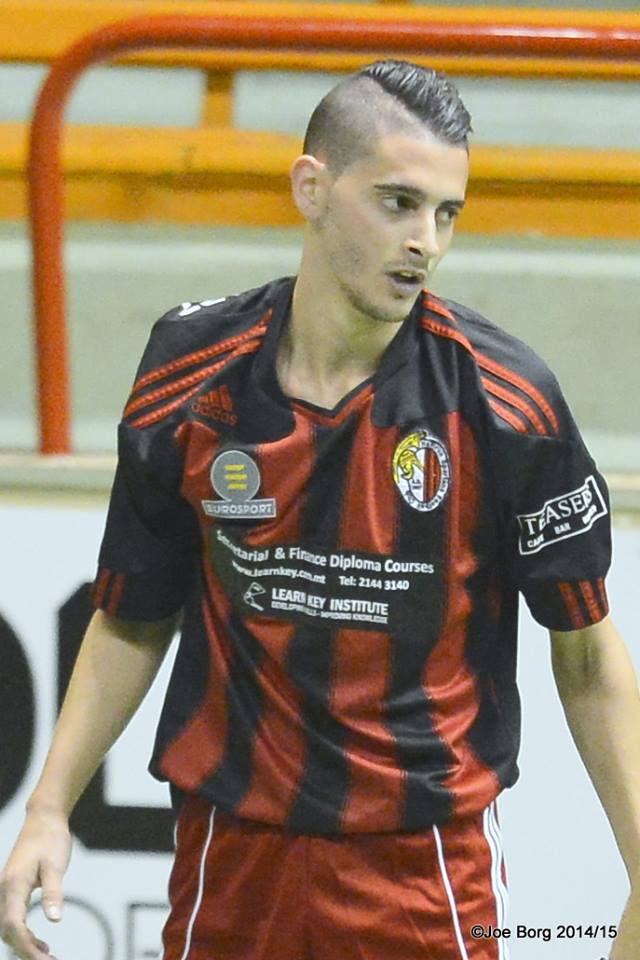 Name: Chris Cardona
Date of Birth: 19th April 1992 (22 years old)
Place of Birth: Hamrun
Works as a Shipping Sample Registration Clerk.
Likes to play football and futsal.
His  personal motto is WORK HARD, PLAY HARD.
How did you start playing futsal?
I have always followed this game with great interest. I remember that I had found a new job and I couldn’t continue  to train football intensively as I used to do.
Therefore I began to play futsal and this choice turned out to be of  great satisfaction.
Talk about the teams that you have played so far.

I began playing with Attard FC where I learnt the first skills of this game. I was even called up to play for the national team.
The following year I signed for Luqa St Andrews where people like Alex Falzon, Karl Magro and Kevin Mifsud have always believed in my potential and have helped me to develop furthermore my skills.
This year I signed for my native club Hamrun Spartans and I’m sure that I’m going to learn more as coach James Ciangura always teaches us great tactics and techniques to improve further in this sport.
On the other hand, I wish to thank Paul Rapa and Edward Psaila who work hard for the club and believed in me.
Give me an advantage and a disadvantage of this sport.
One thing that I really like in futsal is that it is considered as a fast game and you  have to run and keep the pace with your team-mates.
On the other hand, I think that futsal is not appreciated so much as 11-a-side football. Moreover, the majority of injuries are likely to happen in futsal.
Your best moment so far.
Rather than a best moment, I believe that every match that you win is a great moment for every player.
This year, Hamrun Spartans made a lot of acquisitions as they strengthened their squad. Therefore there is a lot of competition to play..
I believe that thanks to this competition, every player is trying hard hard to produce a greater performance and this can be seen in the matches that Hamrun Spartans have played so far.
You were called up by the Malta National Futsal coach. What does this mean to you?
It means a lot of satisfaction for me and a great appreciation by our coach that believes in my potential.
How can you describe yourself in three adjectives?
I can describe myself as active, courageous and obedient.
Your personal objectives.
My personal objective is to maintain my happiness in this sport and eventually in life. 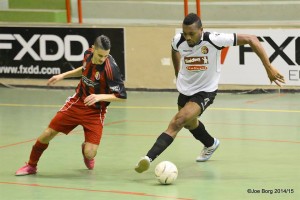