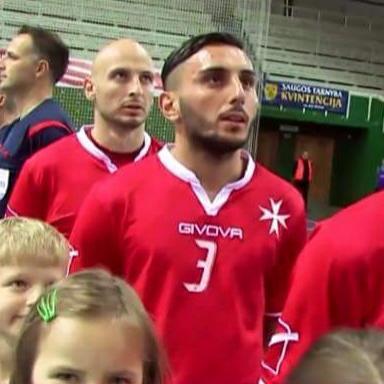 Why did you choose futsal as your sport?
At first I started to play football at a very young age. Eventually, I decided to start playing futsal because I consider it as an attractive game and keeps you involved all the time.

Talk about the teams that you have played so far.
I started with St Helen Band club about 6 years ago. Eventually when the rules changed, St Helen’s team had to drop out.
It was my former coach, Tonio Micallef who encouraged me to join Pembroke in the second division. We managed to win the league and after some teams dropped out, we started playing in the Premier Division.
After one year even Pembroke had to quit from the local futsal scene so the former Balzan president Mario Vella wanted me to join his team.
Consequently I moved to Luxol and I am really glad to be part of this amazing team.

Let’s talk about this season. Luxol are passing from a great moment. You are also giving your contribution…
We have been well prepared for this season, working hard for these past 8 months. So far all the sacrifices we have been through together are all showing during the games. I thank our coach Frane Despotovic for believing in me and involving me in all the games. I owe him a lot as a player as I have improved and strengthened my skills considerably.

Do you have a particular idol in football or futsal that you inspire yourself from?
I support Juventus and love watching players like Pogba, Marchisio and Dybala but my idol is Messi.
Moreover I am mostly inspired by the Portuguese futsal player Ricardinho.

What about the national team?
I have been selected last September to participate in two friendly matches against San Marino to prepare for the World Cup qualifiers.
We managed to win both games and had a good performance.
A month later I was also chosen to be part of the squad for the above mentioned qualifiers in Lithuania. Although the results were not so successful, we managed to give a good performance in all matches.

What are your main objectives?
My aim for this season is to win the league and eventually participate in the UEFA Futsal Cup. 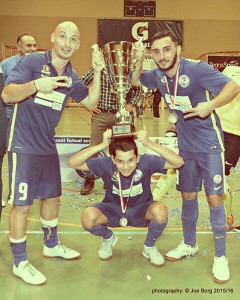 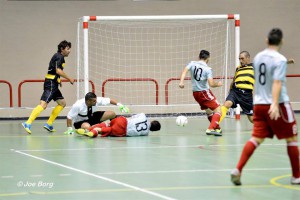