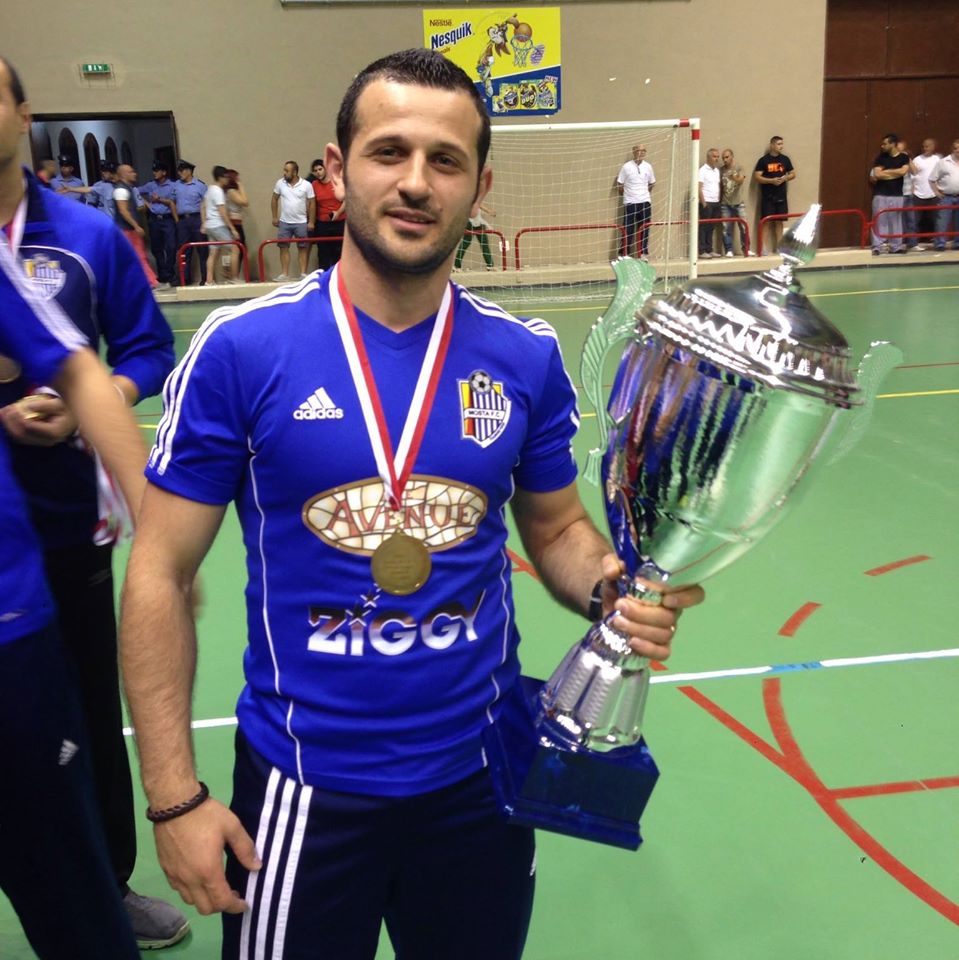 How did you start playing futsal?
I started to play competitive futsal nearly 10 years ago in Albania when a new futsal league was created. At that time I was playing as a professional football player in Albania’s top division league. I was contacted by a local futsal club, Klit Ballkan, to play with them. I didn’t hesitate so much to accept as I was eager to start a new experience in this sport.
Why did you choose this sport?
As I said earlier, I wanted to try a new experience in my life as a sportsman. I like the tempo of the game as it requires a lot of quick thinking and speed.
What do you consider to be the best moment in futsal so far?
I believe that when you practise a sport there are three memorable moments; when you start your career, the first successes that you achieve and most of all when you finish your career in a glorious way.
I think that till now my best moment was when I started to play futsal and began to score vital goals for my local team.
Your experience with Mosta FC.
I can consider my adventure with Mosta FC as a positive experience till now. Last year we were crowned as Section B champions and this gave us a lot of satisfaction. This year we have to work hard because all the Premier Division teams have been strengthened with some good players. But as a team we always aim high and think positive to achieve great results.
The level of Maltese futsal.
I think that the level is good considering that most of the players are amateurs. Every team gives its best during the matches and the level of play is satisfactory.
Your personal objectives in the future.
I prefer to talk collectively rather than individually. We believe in this team from the technical staff to every single player. We have a long term vision for Mosta FC.