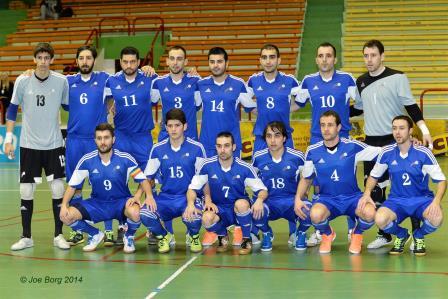 Andorra national futsal team is affiliated within the Andorran Football Federation.
Their biggest win was recorded 15 years ago, when on home ground they defeated Latvia 5-1.
Moreover their biggest defeat came in the year 2008 when they were hammered by Italy 9-0.
They have participated eight times in the UEFA Futsal Euro while they have been in the FIFA Futsal World Cup four times.
Oriol Anglora had the most appearances for the Andorran team while the nation’s biggest scorer is Miguel Blazquez Cerdeira.
The team is led by Xavier La Rosa who chose this squad for this week’s EURO Futsal Qualifers: