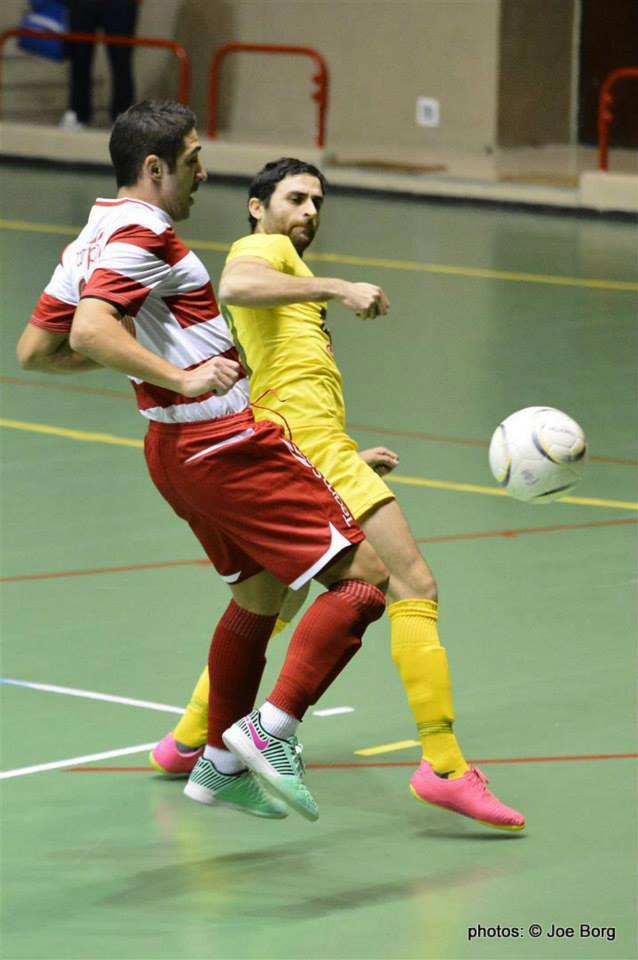 Plays with Qormi FC as a Front Winger.

Works as an Accounts Clerk.

How did you begin to play futsal ?

Everything began in the year 2009. I was approached by David Smith who used to play futsal with Los Street Boys. He asked me for a trial with his team. I didn’t take so much time to decide as I knew some of the players and therefore I joined Los Street Boys.

Well I believe that with Los Street Boys I achieved more than I had bargained for. In my first season with this team we succeeded to avoid relegation and in the second season we were promoted as second division champions. I placed in the top 3 scorers of the league and we were finalists in the Knock Out. It was a great start for my career.

One year later I joined Luxol Amazon Cinco and passed two important years there. I learnt a lot with Luxol especially some tactics of the game.

My next step was Qormi FC, a club that wants to improve in all aspects of the game.

Let’s talk about futsal. What are the advantages and disadvantages of this sport?

As a sport, futsal has the advantage of never giving up. A 5-0 scoreline doesn’t give you total certainty as we have already seen in these last matches.

Another cap in the feather is that you can develop more individual skills that may help you even in 11 a side football.

A disadvantage may be that you have to be 100% fit for the game and it’s easier to get injured in this sport.

What do you think about Qormi’s championship till now?

I think that we had a positive championship till now. We succeeded in our objective to place among the top 8 of the league. We had a perfect start until we had some injuries and other problems that in a way made us lose some important points. Despite all this, I believe that if we maintain this unity in the team we can obtain good results and eventually win some precious points.

Your personal objectives in futsal…

I would like to win a championship title and then participate in the Futsal Champions League. I would even like to  coach a futsal team later on in my career.

Describe yourself in three adjectives.