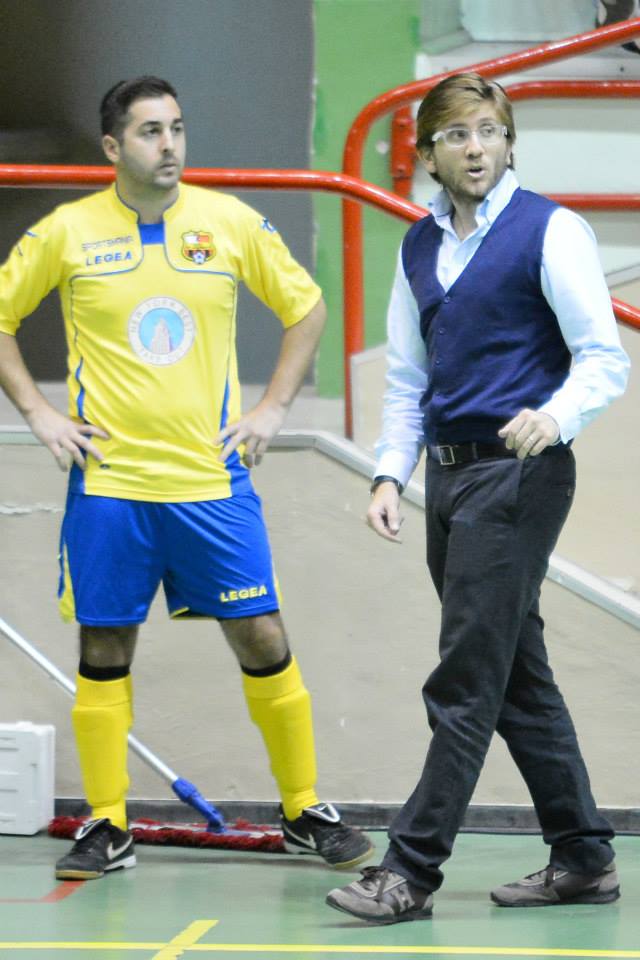 I have been involved in futsal for the last 9 years…. I started playing futsal in 2005 when school friends Chris Meliak and Patrick Azzopardi asked me to join their futsal team, Classics FC. The next season I joined Pentagon Properties BFC who were under the guidance of former National Coach Kevin Mifsud. I started to understand and love this game. This experience lasted 3 seasons, in which we got promoted and won the championship decider in the second year. In the following season we placed in the fifth place overall to qualify for the championship playoffs, where we eventually lost to the strong Serbian champions, ‘White Eagles’. A few weeks later I sustained a serious injury in an 11-a-side match which put my playing days to a halt. This is when I started focusing on coaching and my first experience was as an assistant coach to Kevin Mifsud who had moved to Paola Downtown. The next season I coached ‘New Team’ in the third division and ‘Progress Press’ in the following season. Last year I had a break from coaching as I took up the position of General Secretary of the newly formed FMA. This year I returned back to coaching with Luqa St. Andrews in the top division.

Why futsal? Futsal is an entertaining high tempo game, from a coaching point of view; the game gives you a lot of different tactical options directly influencing the game.

Current season… we have found the top division very challenging on various fronts; most players in my squad lacked top division experience, lack of sponsors and no backup from the member club has made our experience in the top division an uphill struggle but not withstanding these limited resources the coaching staff has tried to instillqa tactical discipline and fighting spirit into our players in order to keep premier division status next year.

We need to… win the last 3 games

Personal achievements as a coach… won the section with Progress Press and qualifying to the playoffs.

Special thanks goes out to… my wife who supports me and is very understanding and patient, Kevin Mifsud who has been an inspiration and a mentor, Karl Magro a friend and assistant coach, Luqa St. Andrew’s committee members Karl Micallef and Andrew Scerri and all the players, committee members and coaches I have worked with in the last 9 years.