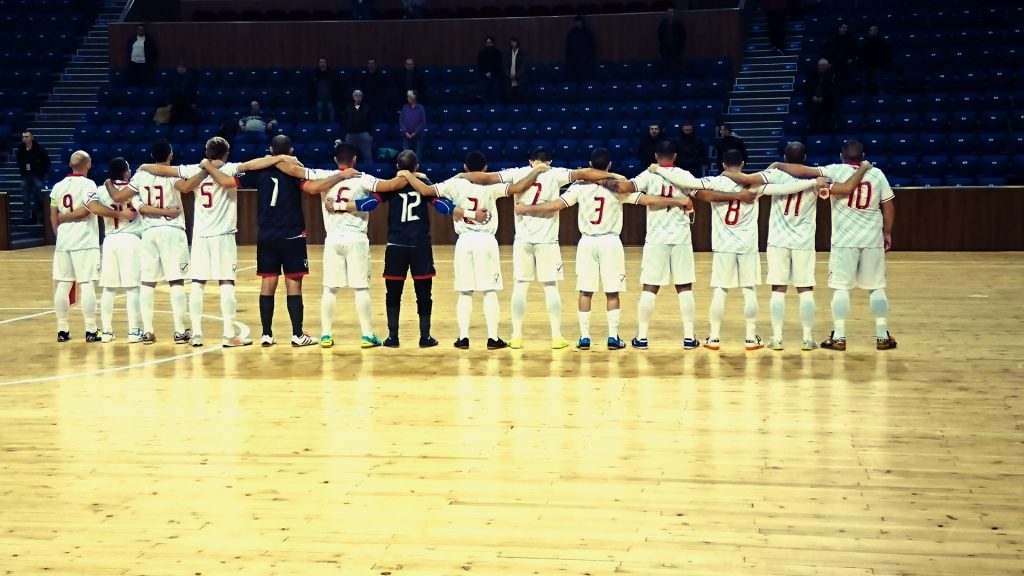 Malta were seconds away from opening their account in their final Group D game of the 2018 Euro Futsal Championship preliminary round but their hopes were shattered by a last-gasp goal which gave Albania a narrow 3-2 win this evening.

After emphatic victories over hosts Bulgaria (7-1) and England (5-1), Albania were widely fancied to end their group commitments with another fine win but the Maltese side produced their best performance
in this tournament to make life difficult for the group winners.

Malta, who lost to England and Bulgaria in their opening two games, led 2-1 at half-time after goals from Carl Azzopardi (12) and George Frendo (19).

Narcis Alibegu had given Albania a 10th-minute advantage and Azem Brahimi equalised early in the second half but Malta retained their composure.

Peter Pullicino’s side also had a couple of chances to surge ahead in the second half. Albania duly profited as Halim Selmanaj hit the winner with 30 seconds remaining.

“Luck was definitely not on our side,” Mark Borg, the president of Futsal Malta who is heading the Maltese contingent in Varna, told www.mfa.com.mt.

“Group winners Albania were made to sweat and they only managed to edge our team with a last-gasp winner 30 seconds from time.

“We were so close to our first international point but yet so far.”

Albania topped the group with a maximum nine points.