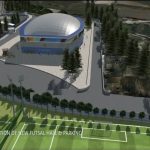 We are pleased that Honorary President Mark Borg has been re-elected in the MFA’s Executive Committee for the second term. He will be the catalyst of an ambitious project for the good of the local futsal. The Futsal Stadium at Ta’ Qali in the MFA infrastructure strategic plan, will be the first sign of the benefits from the MFA’s futsal reform. 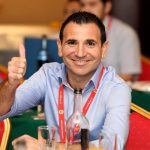 Mark Borg, FMA Honorary President will be re-contesting an election in an attempt to retain his seat in the MFA Executive Committee, were he has served for the past season. The election will be held next Saturday 15th July during the MFA Annual General Meeting.

Upon being elected on the MFA Executive Committee, Mark Borg has also been appointed as Chairman of the MFA Safety and Security Committee and is also a member on the Projects Committee.

Mark Borg remains closely linked to grassroots and futsal development after three years at the helm of the Futsal Association and is hopeful that after the recently announced futsal reform, MFA will be actively contributing to the development of futsal especially in relation to Administration, Coaching Courses, Youth Leagues and infrastructure. 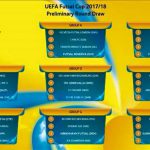 For the first time ever as a Maltese futsal club, Luxol were in seeding position 2 for Futsal Cup preliminary round, thanks to repeated good results every year. Also for the first time, four nations (Russia, Spain, Portugal and Italy) are entering two clubs and no teams receive byes to the elite round. The 24 clubs with the highest coefficients receive byes to the main round while the other 32 start in the preliminary round.
A record of 56 clubs entered the UEFA Futsal Cup for 2017/18, and all were involved in the preliminary and main round draws held last Thursday at 14:00CET.

Preliminary round (22 to 27 August)
• Eight groups of four.
• Every group will contain one side each from the four seeding pots, ranked by coefficient.
• Eight clubs, including six of the 18 newcomers starting in the preliminary round, have been pre-selected as mini-tournament hosts and will be drawn separately before being placed in their appropriate seeding position.
• The eight group winners go through.
• Due to a decision of the UEFA Emergency Committee, clubs from Kosovo cannot be drawn with teams from Serbia or Bosnia and Herzegovina. Therefore SG Mostar (BIH) cannot be drawn in the same group as FC Liburn (KOS), who would be moved to the next available slot.
• Northern Ireland are entering a club for the first time, to be decided when their national competition is completed in July.