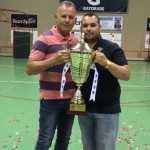 As many of you have probably heard by now, Vella and Jones decided to part ways with Balzan Futsal Club. It was one of the hardest decisions since their involvement in Futsal years ago. It was a decision which was taken purely because they genuinely believe in the next project which we shall be embarking on.

Over the past three seasons, they have seen Balzan Futsal club grow and flourish to new heights every year.  It was an experience and an honour for them being involved in the management and running of the club. Hard work and dedication were the key ingredients to success, and Balzan Futsal Club is testament to that! One FMA league, three FMA K.O. Cups and three Supercup victories are amongst the various successes achieved by this Club! However, despite all the trophies and silverware, their greatest accomplishment at Balzan Futsal Club was that they found a family that constantly supported each other through thick and thin… a family who always had each other’s back!  They experienced tons of lovely memories which they shared with every single person involved with the club.

Vella and Jones would like to take this opportunity to thank all the players, coaches, technical staff and committee members for all their undivided support and undying dedication which they have put into this club, as well as the faith they put into us.

Despite all the above, there comes a time in life when change should be welcomed and embraced. Luxol Futsal Club has long-term objectives including raising the bar of the local game and trying to generate more and more interest and involvement at a grass root level.

Vella and Jones hope that they can continue to help improve the level and quality of futsal in Malta and ensure that the sport keeps on growing. 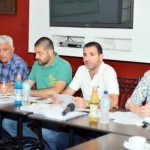 The FMA held its Annual General Meeting for season 2014-15 at the Corradino Pavillion earlier this morning.

FMA president Mark Borg opened the meeting by welcoming the club members for this annual event. This was followed by the reading of certain proposals that were discussed and some votes that needed to be casted.

He stressed about the positive aspects of last season with various clubs contending for the main honours.

He emphasized about the new rules that the association adopted to bring a better uniformity among the clubs.

He mentioned among other points the ID Cards systems for players and officials as well as the various courses being offered.

Borg listed a lot of future challenges that the association needed to tackle with the main one being that of having its own facilities.

Several votes were taken by the committee with the principal one being the number of foreign players playing on the court.

The administrative report for season 2014-15, which gave an overview of what happened during this season,  was also presented.

The FMA president thanked all those sponsors that collaborated with the association.

At the end of the meeting some individual and group awards were given.

Swieqi Utd and Siggiewi clinched the Fair Play award for the Premier and First Division respectively while Celino Alves (Premier) and Zvezdan Vukovic (First) were chosen as the best players in their category.

This meeting brought to an end another successful year of this association that is embarking in its fourth year of operation. 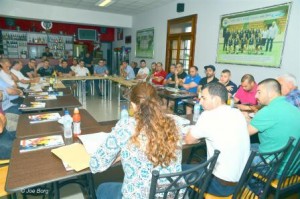