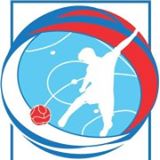 As we approach the end of 2013, this website looks back at the main events which characterized this year. It was another successful year for the FMA who is striving so hard to improve the level of Futsal in Malta.

It was a year which saw Balzan and Hibernians being the main protagonists with some balanced encounters between them.

2013 was the year which saw a change in the national league. In a council meeting held in late August it was decided that the league would be divided into two divisions: Premier (15 teams) and First Division (13 teams) instead of four divisions.

The main events that marked 2013 were as follows

The stalemate kept things as they were at the top of the standings as Balzan and Hibs retained their status as joint-leaders with 27 points each, albeit the Reds have a better goal difference.

In a tight game, Hibs led twice but Balzan hit back to draw level.

Boicho Marev, who scored a brace, and Giorgi Gerasimov got Hibs’ goals while Basil Emeka, Nicola Del Re and Cosmin Anton found the net for Balzan. 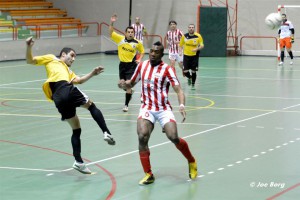 Balzan FC claimed their second major honour of the 2012-13 futsal season after claiming the FXDD KO, organised for the first time by the Futsal Malta Association. In the final, they beat Hibs 6-3 in a hard-fought contest at the Corradino Pavilion.

In front of a record crowd, it was clearly evident from the initial stages that this was going to be a thriller. Balzan opened the score through Basil Emeka but the Paolites drew level just before half-time following a Cedric Sciberras goal.

The contest remained fairly balanced in the second half before Balzan regained the lead w a well-taken Florin Anton free-kick.

Hibs, however, again hit back and Boicho Marev levelled at 2-2.

Balzan had Nicola del Re sent off but they still opened a two-goal lead following goals by Glenn Bonello and Emeka.

With three minutes left, Hibs pulled one back through Sciberras

Then, Balzan were awarded a penalty, converted by Bonello, and they sealed their victory with another gem of a goal from Anton. 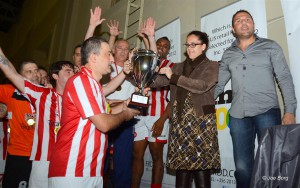 In front of a record crowd at the Corradino Pavillion, Hibernians won the league of the Premier Division after seeing off Balzan 7-2 on aggregate. Actually the match finished 2-2.

The Paolites, fresh from their 5-0 victory a few days before, controlled their opponents and found the net from Blogovist Marev. Basil Emeka for Balzan found the net to make it 1-1. Balzan scored again through Alexander Ribic but Giorgi Gerasimov had the final say to make the score 2-2.

Therefore Hibernians won the first National League organized by the FMA.  President Donald Spiteri presented the trophy to captain Xavier Saliba amidst celebrations from all the Paolites supporters. 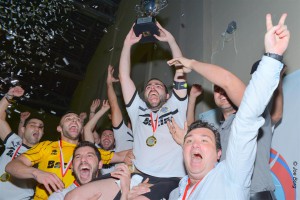 A new format for the Futsal Leagues

After the council meeting held at the Corradino Pavillion it was decided that the National League will be made up of two divisions Premier and First.

Hibs Futsal  returned back in Malta from Finland. They competed in the UEFA Futsal Cup finishing second in a group of four. At the Malta International Airport they were welcomed back by a good number of relatives, supporters and members of Hibernians, who gave their warm congratulations for their historic feat. One could read the following message: HIBERNIANS FC FUTSAL THE FIRST MALTESE CLUB THAT EVER WON ABROAD AND MADE HISTORY.

These were the results of Hibernians in the UEFA Futsal Cup played in Finland: 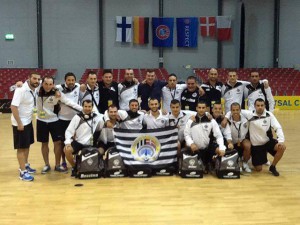 After the final whistle, there was the Super Cup’s presentation amongst the jubilation of Balzan’s players, staff and supporters present at the Corradino Sports Pavillion. 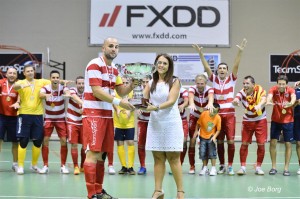